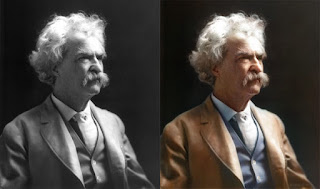 Photo retouching is not only big business for Photoshop, but for graphic designers, photographers, and museum curators. 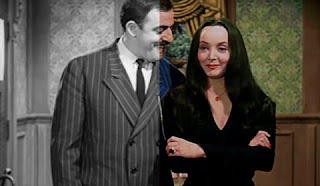 When I was younger people described dreaming in black and white, I never did and can imagine this is largely due to the media they consumed like black and white television. 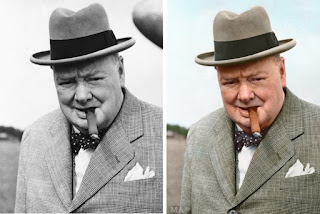 Yet, in modern times it's strange to think of media being in black and white unless it's intentional. Usually the reasons for making modern work black and white is to give it a nostalgic old feeling, create dramatic contrast, or focus on clarity. However, the choice to utilize black and white is just that an artistic choice. This wasn't always so. Television, film, and photography used to have to be black and white, but with Photoshop it doesn't have to remain that way. We can add color to try to envision what Winston Churchill may have actually looked like. 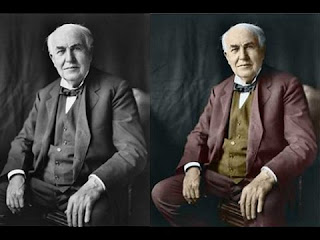 Whatever you think of the bright idea to add color to black and white the fact that is possible is through the wonders of Photoshop. Tutorial 2 gives you the opportunity to try your hand at it,